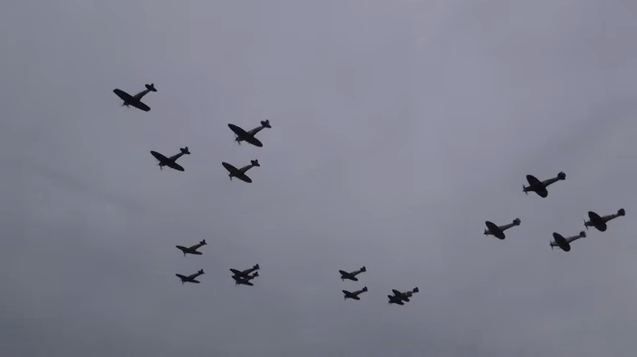 This video is so cool that we just had to share it. There are only a few airworthy Spitfires left and back in 2010 to mark the 70th Anniversary of the Battle of Britain, they managed to get together 16 of them to do a flypast in Britain. It’s an amazing site – something I wish I’d seen in person!

The planes fly in formation and then after that, they chase each other around like they did in battle – show their power and maneuverability. It will give you goosebumps!

Put some headphones on and then watch this on full screen. You won’t regret it!