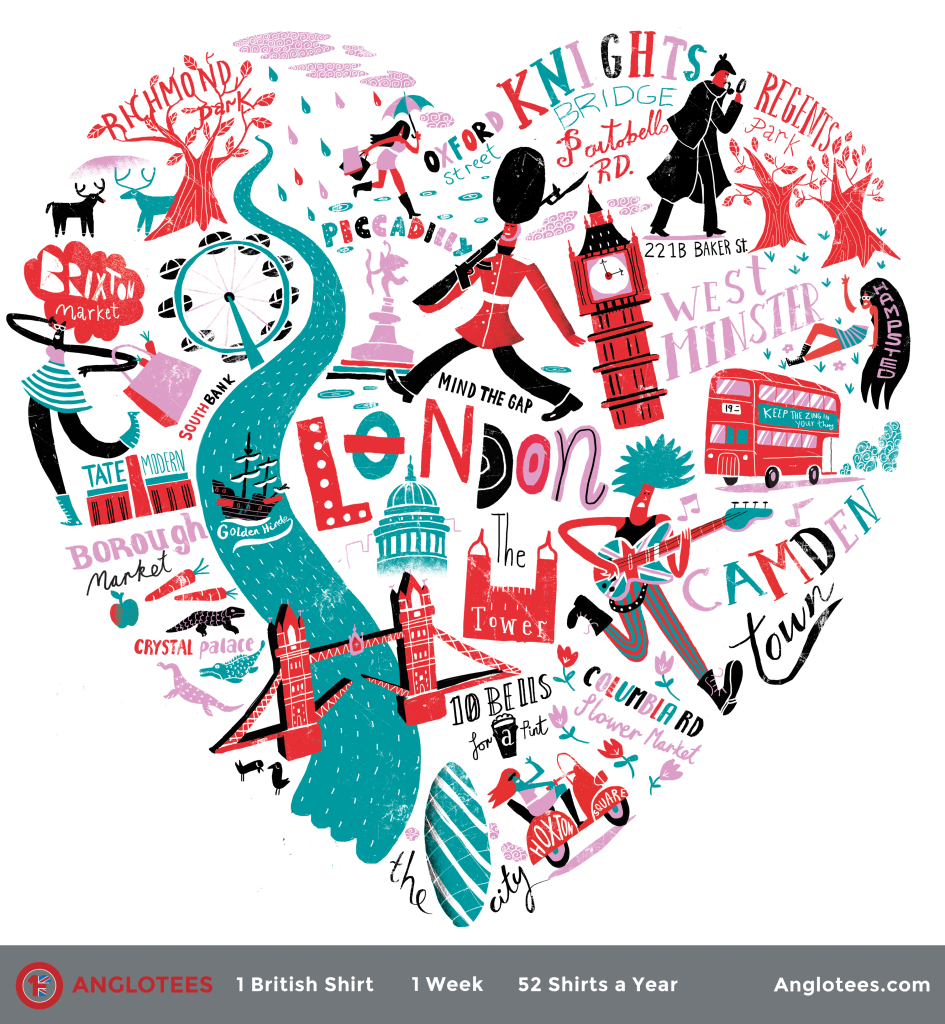 In honor of this week’s London themed themed T-shirt: Londoner at Heart – we’ve pulled this article from the archive featuring many words that are unique to London.

One thing you’ll notice when you travel to London are all the strange words they use to describe things. Sometimes they make sense, sometimes they don’t.

Now, there will be some words used elsewhere but I tried to capture words that when I hear them – I think of London.

So, here’s your guide to some useful London Lingo or as I like to just say: London Words.

Did we forget something? What word makes you think of London? What’s your favorite one? Let us know in the comments!